Sometime back I stumbled upon this video in YouTube, in which some member in the audience asks Dr. Jordan Peterson about the individual responsibility versus the issues such as climate change, economic crisis and so forth. It is really interesting how he responded and as he started to respond, how the questioner’s facial expressions changed into immediate denial.

The question from the audience was

I want to know what is your answer to young people for some of the really big of problems facing Humanity like the climate catastrophe, like economic crisis, like the precarious job market? Because I just don’t like you told us much about individual responsibility. Most of us are never gonna be able to afford to have all these assets to have responsibility over. So what is your advice beyond banal comments like clean your room?

From the way I see it, Dr. Peterson absolutely nalied the answer to this question. The response from the rest of the audience (I don’t know if Dr. Peterson brought some of his henchmen to clap and yell whenever he does something show-worthy) and the way the questioner deined the facts that Dr. Peterson brought upon. But I believe that even Dr. Jordan missed out some facts. He was absolutely right when he said

The moderator of the show intervened in the midway of this and uttered the below, which I believe is an understatement that overlooks plenty of facts that need to be taken into account.

Individual responsibility does not change the climate. Does not fix the problem that needs Global Collective responsibility. So I think that’s the core of the question..

Let’s think about the bold-faced statement above again. He says individual responsibility does not change the climate. Well, not exactly. Here’s why.

It is now a proven fact that Green House Gases (GHG) is one of the main causes of global warming, which in turn results in climate change. The emission of GHG by sector as of 2016 is as follows (yes, 2016 and now it 2020). (Source: 4 Charts Explain Greenhouse Gas Emissions by Countries and Sectors | World Resources Institute) 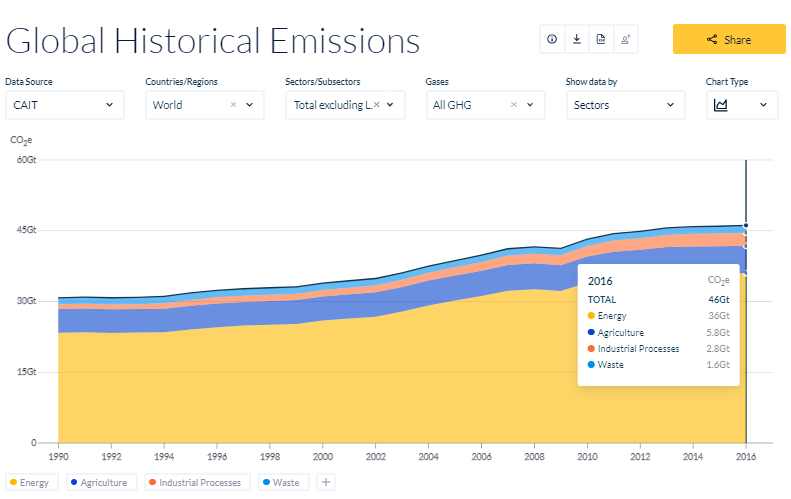 According to the breakdown, about 36 gigatonnes (the total weight of 36 million blue whales) are emitted by energy transformation processes. The question is energy for what?. Sadly, the answer is for every damn thing we consume. Confused? Let’s just take a moment to think back about the two mobile phones that you have in your pocket.

It’s made of plastic, metal and many other materials, which needs to be extracted from their sources. Then these go through a very complex transformation process before they are assembled into what we call a smartphone. According to Lovefone, London manufactory of a smartphone emits about 16kg of CO2 and if you consider it’s use for 2 years, it will rise up to 22kg. By the time I wrote this, I just took a quick peek at Worldometer - real time world statistics and this is what I found about society and media. 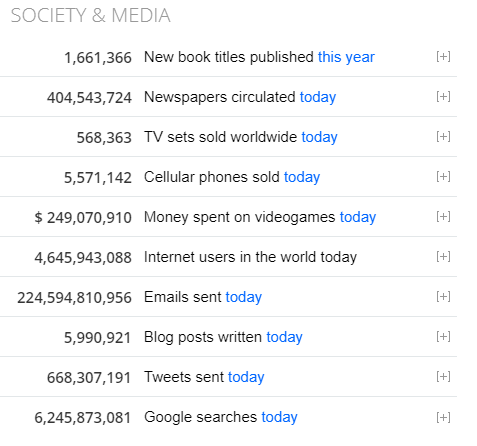 In less than a minute… 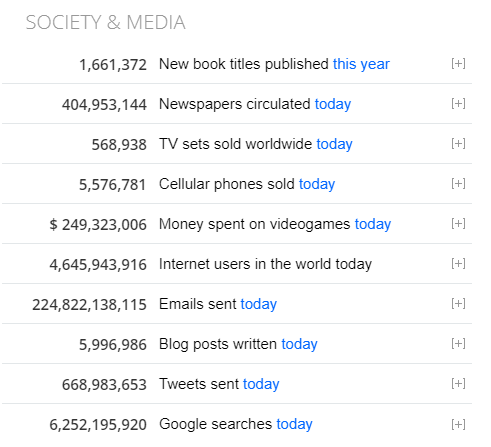 Just look at the number of mobile phones sold. The number of mobile phones sold today 5,572,142 to 5,576,781 which is 4500+ phones in less than a minute!. Even if we consider it’s only 16kg of CO2 per phone, we have more than 72000 kilo grams of CO2 emitted into the atmosphere in in less than a minute! Why do you think they are coming out of production lines. Because we are buying them! According to bankmycell.com there are 10.01 billion mobile connections. Funny thing is the world’s population is only about 7+ billions. Do you still think it’s not because of us? Can you still think it’s not us? When I was considering the mobile phones, I was just getting started. I can go on and on into different other consumer goods such as consumer electronics, vehicles, communication equipment and so forth, and this post will become endless, if I am to talk about the goods we we consume on a regular basis which are just wants but definitely not needs. Now I want you to think about the following.

Be honest to yourself and try to quantify the answers you give to the above. Then multiply that each by 5 billion. (Yes, the world’s population is 7+ billions. But let’s make this a very pessimistic approximation.) That will give you a very brief idea of how much of a damage we as the human race, to to our dear beloved home, the mother earth.

Probably the next question you have for me is Okay, so what?. Well, I think you have an individual responsibility towards this. That is to cut your unnecessary consumption. Let’s converse.

Likewise, you can think of other aspects also and reach to an ultimate conclusion that it’s a matter of everybody’s individual responsibility. You have to thoroughly understand that

Countries like China and India and others which are having a production economy, are adapting a strategy of bombarding the market with the products. Just think how much of junk we buy when we get into an electronics shop, just because we think it’s cool. Just think how useless a tablet PC for most of you. Don’t you have one at your home that which not you are using? I have two at home. I am so glad that none of those are mine. When I was about to commit that idiocy, luckily one of my friends told me that it won’t be used after sometime. Thinking back now, I am so grateful to him. Same story goes with motor vehicles as well.

My country Sri Lanka, is being bombarded with cheap shitty vehicles. When I walk around the capital, I see a lot of them laying around, rusting under the sun and rain. Wish our people had brains to not to buy them. If we didn’t buy them, we wouldn’t have them lying around as garbage. Why do you think our governments do not have brains to properly regulate them? Simply because the individuals in the government do not have that responsibility. Why? They are from the same bunch of mediocre people, chosen by the mediocre people. They are nothing more than those mediocre people, whom they have been chosen by. We use so much of energy to produce low quality, short-lived, less useful products and then they become garbage. From the beginning of their lifecycle, they keep on emitting GHGs. How much of energy are we talking about? Refer to the chart below. (Source: Energy - Our World in Data). 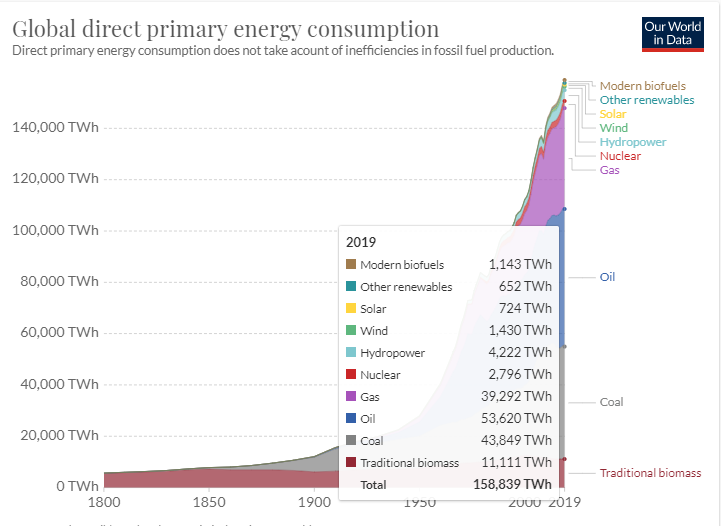 Water droplets collected together becomes the sea, that has the power to wipe entire regions. We the general public hold the power to wipe out all the BS that the wealthy few utter everytime. But people do not understand their true power. Instead of becoming the hero of thy self, people go behind some wealthy few treating them as heros. Those wealthy few who are induced heros, put on a fake cape and act like heros and seduce the mediocre people and make puppets of them. Our greed for wants is why we consume so much. Our consumption is why some cunning few are rich. In order to make more money, they transform anything and everything into something they can sell. We, blinded by our endless greed, endup buying those crap that add no value to our life, like bloody idiots.

Changing this and breaking this vicious cycle takes a long way, which all of it starts from within, so called the individual responsibility. You put your room together, then get into your house. Then you can preach the community about having a clean house. Likewise, try to cut your consumption individually. Then you can tell people around you to do so. Make sure they don’t just blindly follow you. Make them understand this well enough so that they can set the example to some other one. That’s how ideas propagate. That’s how we can unite. Most importantly, understand that thinking like

Most of us are never gonna be able to afford to have all these assets to have responsibility over..

is utter BS. I am not exactly sure what the questioner exactly meant by all these assets. If that means something like you need power or wealth to have responsibility over, then no you don’t need wealth. As for the power, Open up your eyes! You already hold the power. It’s a matter of changing your lifestyle, which is something individual…